President Biden was asked on Sunday if he regretted fist-bumping Saudi Arabia Crown Prince Mohammed bin Salman upon returning from his trip to the Middle East.

“Why don’t you guys talk about something that matters? I’m happy to answer a question that matters,” Biden said.

The president laughed off a similar question on Friday.

The White House announced on Friday that Saudi Arabia agreed to increase oil production, saying that the move will “stabilize markets considerably.” 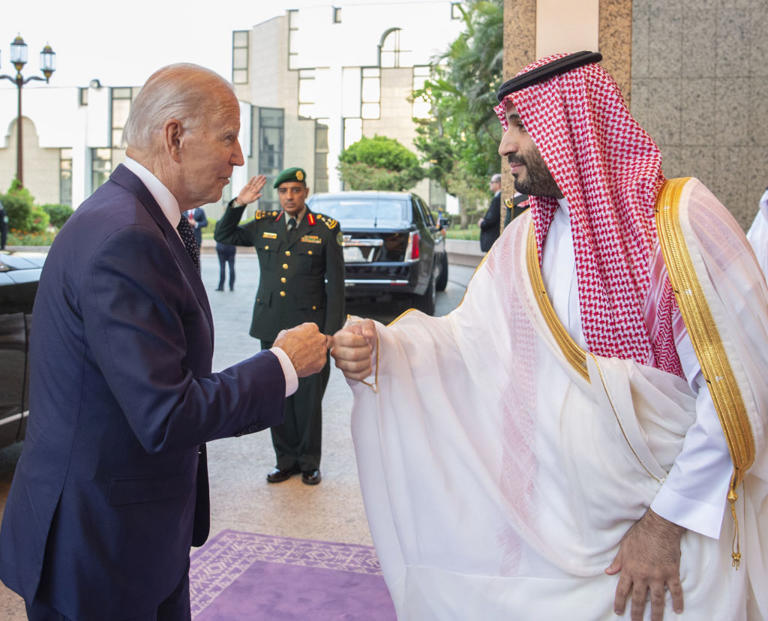 “The Saudi Foreign Minister said he didn’t hear you accuse the Crown Prince of Khashoggi’s murder. Is he telling the truth?” a reporter asked.

Biden said the foreign minister was not telling the truth.

Biden told reporters he told MBS that he thought he was responsible for Khashoggi’s murder during a press conference on Friday.

“With respect to the murder of Khashoggi, I raised it at the top of the meeting, making it clear what I thought of it at the time and what I think about it now,” Biden said. Kate Middleton plays bartender in a £295 silk blouse in Belfast

Kate Middleton plays bartender in a £295 silk blouse in Belfast